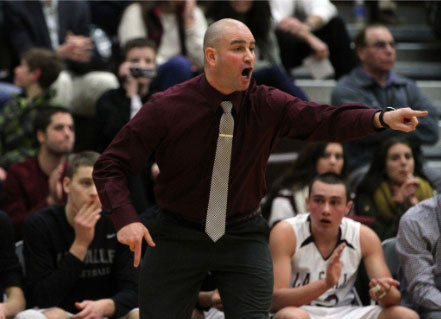 Eric Simonelli is committed to assist in the organization of the youth basketball program in Warwick, Rhode Island (RI) as a dedicated resident, father of school age children and seasoned coach of basketball fundamentals. Currently, Eric is a full time College Counselor for College Solutions and S&A College Counseling. He is the former Director of College Counseling and State Championship Head Varsity Basketball Coach at La Salle Academy, where he compiled a 96-21 Division 1 record, and 135-49 overall record in seven seasons. Simonelli’s team was the Division 1 Champions in 2014 and 2015, was the RI Open State Champions in 2015 and the RI Open State Runner up in 2016. Prior to coaching at La Salle Academy, he guided The Prout School to the Division III State Championship in 2011 and 2012, and was the Division III Runner Up in 2007. Simonelli attended Duxbury High School in Massachusetts where he scored 1,200 career points and was a Patriot Ledger, Boston Herald and Boston Globe All Scholastic Player. At the collegiate level, he graduated from Endicott College where he is was a DIII All American and was elected into the schools Hall of Fame.